Back to Yellowstone River to the Mississippi River 2016
Missouri River Journal 11
MAY 11 WENDSDAY/MAY 12 THURSDAY DAY 27/28 ON THE WATER – I am going to combine these two days, both these days have been challenging to say the list. Thursday woke up once again to the wind blowing N. N/W which is basically the direction I needed to go, blowing 25/35 MPH. 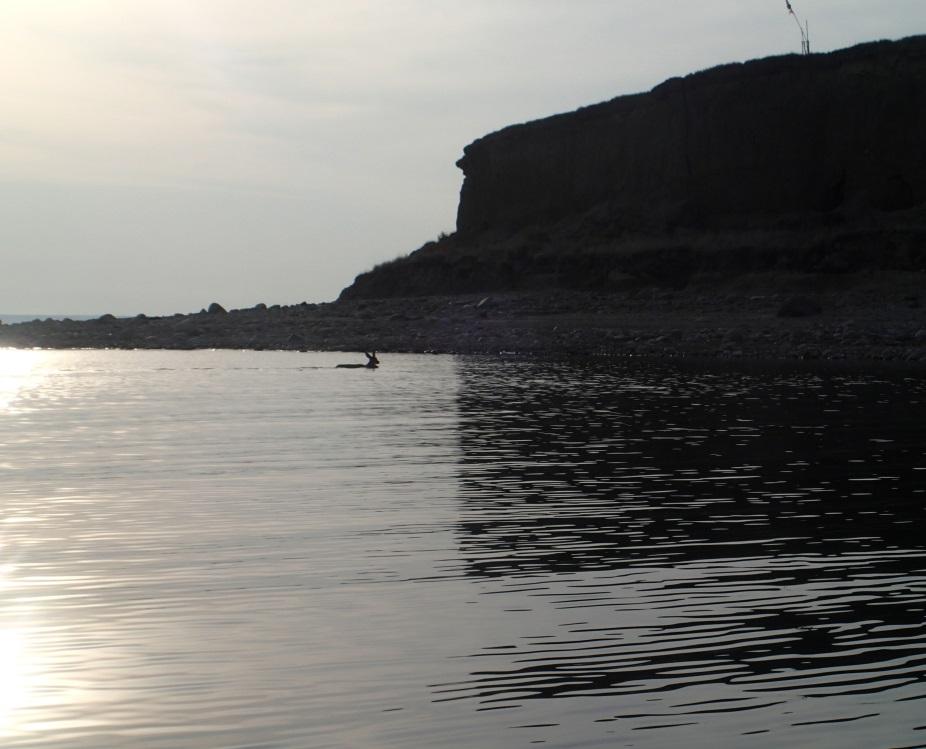 00The night was the most stress full so far. Once I got camp set up and got things squared away, the song birds moved in to the trees branches right above me and for a good hour I was serenaded with some of the most beautiful sounds I have ever heard. The wind was howling before long, sounded like a jet engine coming thru the tree branches above me. I virtually got no sleep all night long, until early in the AM. I worried about the kayak, which I felt I hadn’t secured that well. I worried about the tent, which there isn’t much more I can do. It was very stressful.

It reminded me of one night out in the field in Vietnam when I was out of the perimeter with a couple of other guys and we had set up an ambush on a trail. Scared, worried, not sure what all the sounds were, very stressful and I will never forget it, wondrous that I would remember those feelings and feel the same say this night, sitting in a tent on Lake Sakakawea Lake in North Dakota 50 years later in my life.

I didn’t get with it real quick, tired and worn out and very tired of the wind. I got on the water about 11 and let the wind…with paddling blow me about 10 miles and went into a cove to take a break and contemplate just calling it a day. I did some sewing on the umbrella, after going thru the two golf umbrellas I had with me.

The golf umbrellas work great if it is about 10 MPH, but after that they just don’t last, get broken up real quick. But a beach umbrella, if it is sewn and reinforced on the metal frame, works very well. I then went for a walk, to see if there was any place I could get out of the wind. I spotted an “albino” doe, pure white, not a speck of brown on her that I could see. I would have given anything to get a picture of her. No place to camp, so got back in the kayak and headed out and probably went another 8 miles easily before I found a spot that was adequate, in spite of the wind. 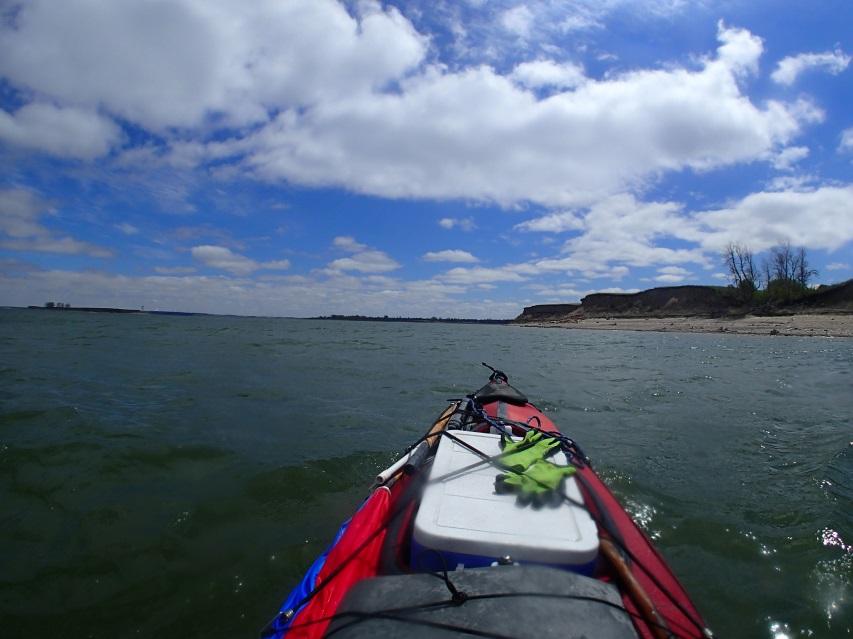 00I got camp set up, had a good dinner of fried spam, mashed potatoes and onion gravy, English muffins with blackberry jam. 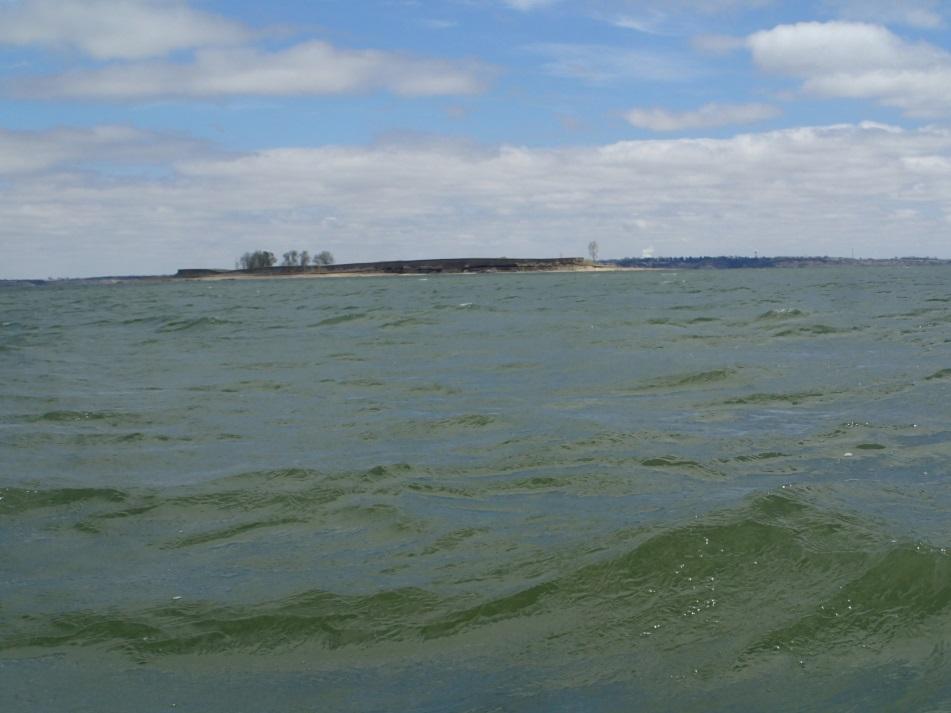 00Thursday, another night of wind but not nearly as bad as the night before, I was just in a better spot, secured the kayak by pulling it completely up on the bank and securing the tent as well as I could. I slept well. Upon unzipping the tent and saw 2 coyotes chasing 2 does on the side of the hill not far away. Then the does would turn around and chase the coyotes, it was fun watching them.

Got loaded up and headed up in 30 to 40 MPH winds, blowing over my left shoulder which was once again N N/W and it is not easy. There were 3 to 6 foot swells. This kayak is very safe and handles the swells easily and safely, but make no mistake about it, it is stressful no matter what.

I got to the point that I felt that I could head across the lake, going approximately S/E so I could hit the point I needed to go around to get into Sakakawea State Part, the boat ramp which is where I was to end this part of the trip. It was a good 3 to 4 miles across the lake, winds still blowing the 30 to 40 MPH, the swells getting bigger all the time. Something I was not looking forward to at all. 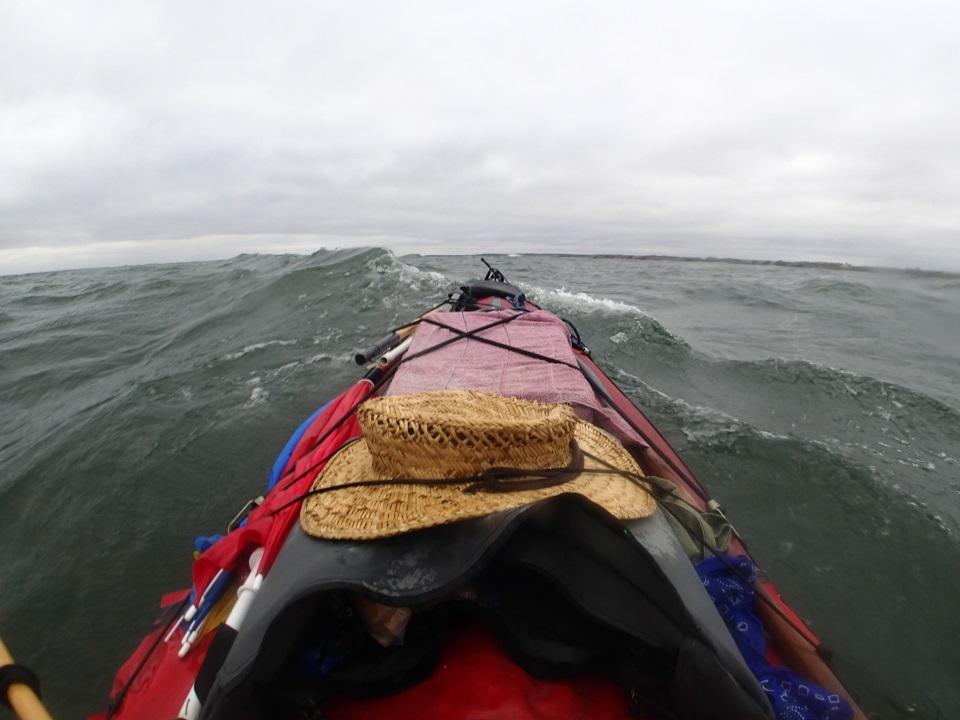 00 I made it across in about an hour, but missed my mark and got blown into a cove where as I hit the beach, the kayak got swamped and I got soaked. I managed to get the kayak up on the beach, out of the waves pounding and walked down the beach half a mile or so to get out of the wind and build a fire to get warm and dried off.

Once I got down there and tried to start the fire, the water proof matches were soaked and it was hopeless. I walked back to the kayak and found more fire starter and matches that were dry, thank heavens and walked back to the out of the wind spot and build a good fire, spent a couple of hours, got things dried off and laid down in a pile of leaves and took a short nap.

I went back to the kayak, sat on a log and watched the waves, and figured what the heck, all I can do is get wet again, which I immediately did by getting the kayak back in the water and maneuvered such that I could get in and paddle like hell to get out far enough to get my rudder straps on and head to my right, East towards the point I need to go into the bay that would take me to the boat dock. 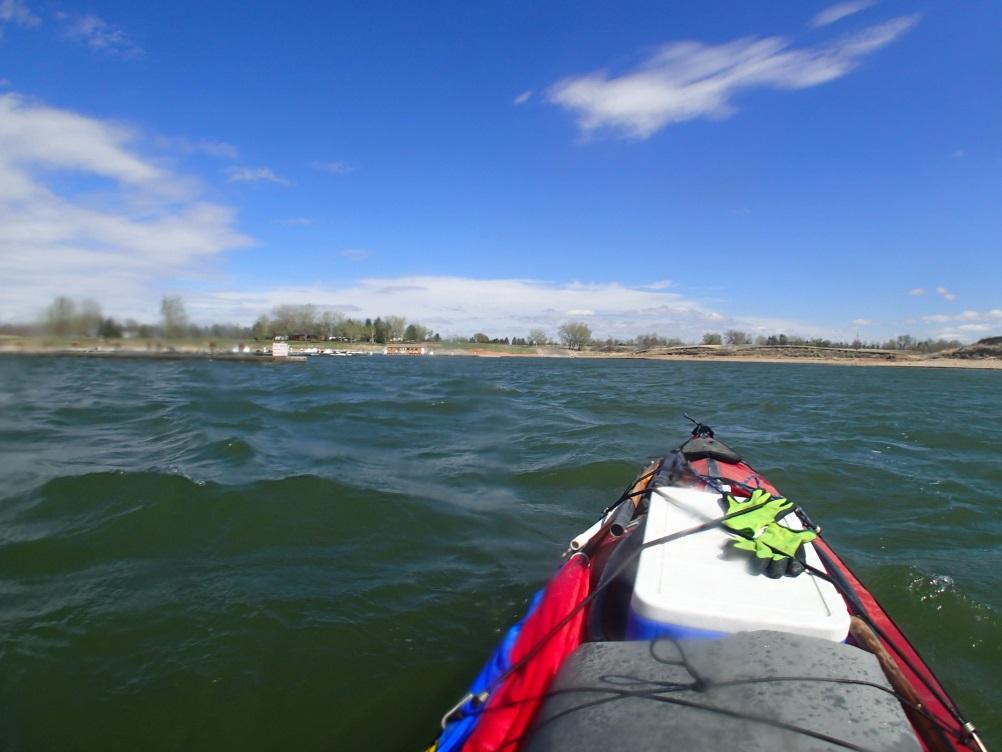 002 hours later I am at the boat dock and hour after that I am in a motel room that the owner let me stay in for free once he found out what I was doing. The Park Ranger had a couple of his maintenance guys come down with their truck and flatbed trailer and gave me a ride to the motel, which was less than mile, just outside of the Park entrance.

Once again, everyone is very helpful to say the least.

An hour later everything is in the room, separated, drying out and I take a hot shower, shave and head to the restaurant for dinner. I had trouble getting to sleep, which is not unusual for me.

MAY 13 FRIDAY – PICK CITY, ND - I was up at 5:30 and started to get my gear squared away, cleaned up, dried out and repacked. Once I accomplished what I could, went outside and got the water out of the kayak, cleaned it as well as I could. I have tried once again to eliminate some things, but have found nothing I want to do without. I know wat it takes to be safe, comfortable and it is what it is. I have learned to pack the kayak much better so I have some room, much more than I did when starting out.

Once that was all done, I hitchhiked about 3 miles across the dam to a new little coffee house that served breakfast and a good one it was. Lee the owner, what a great guy he is, had one of his kitchen helpers give me a ride back. He also gave me the number of a guy named Jim Wahl who is going to pick me up about 10 in the morning and take me to the boat ramp below the dam. If you will remember in a previous journal, when I was in Miles City I heard of a guy who was ahead of me in a canoe. Well he stopped here obviously to portage around the dam. Jim Wahl gave him a ride also; evidently he is a couple of days ahead of me. He is from Alaska, in his 60’s and on his way to Omaha for his daughter’s wedding. I do not relish the idea of coming down this lake in a canoe, but guys do it. I doubt if I am going to catch up with him, with taking these two days off.

I will go buy groceries at the little store here in Pick Town and hope I can get what I need/would like to have. Finish up my Journal and get it posted. Go thru my gear again when I pack the food and ice chest and just relax for the rest of the day, hoping I can get a good night sleep. I am already anxious to get back on the water. It is very cold here for today and tonight, it is supposed to freeze.

It is 1400 miles from here to St. Louis, the Confluence of the Missouri River and Mississippi River. A long way, but it will go fairly quickly. I have 3 more lakes and of course 3 more dams. The lakes are not near as long, nor wide or big so they shouldn’t be as much work and stress as Lake Sakakawea. I expect it to take 50 days, but hope to do it in less.

What a great adventure this is, to be able to do it at this stage in my life. I still don’t like to go to bed because I can’t wait to get up. I don’t want to sit any more time on the bank than I have to because I am afraid I am going to miss something. Every day in spite of the wind this past week now that I look back on it is a privilege at best, a pleasure as well and grateful I have the opportunity, the physical stamina and health to do it.