Back to Yellowstone River to the Mississippi River 2016
Yellowstone Journal 6
APRIL 27 WENS DAY 18 ON THE WATER – I just can’t catch a break on the weather. Rained all night and this morning when I woke up about 6. The decision to stay in the tent just doesn’t work for me, no matter what. I packed up and hit the water. In an hour a blizzard hit, white out and I couldn’t see either bank let alone down river. This added a tremendous amount of stress. 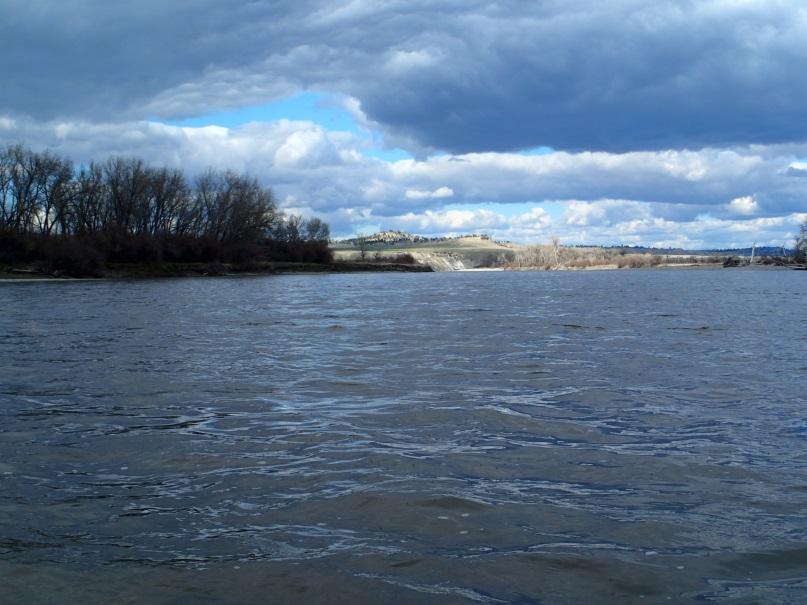 00It became apparent that I had made two huge mistakes on my gear. Wrong gloves and have had several opportunities to rectify that situation but didn’t put them on my list on the phone. If it isn’t on the list, no way do I remember.

The second mistake was my rain jacket. It is no good and now 3 times the weather has proved that. I suffered greatly once again, became wet from head to toe. I have a good survival suit that I did not put in the kayak, it is in the van and that was a huge wrong decision. I made that decision because I already had too much stuff and the coat and pants take up room. When I get to the van, it will be the first thing that goes into the kayak.

I was on the river at 7:30 and around 11 I had enough. It was cold, my hands were numb and I couldn’t see a thing. It just snowed and snowed and snowed. I almost stopped, but decided to go around one more bend and caught the red and white sign out of the corner of my eye on the left bank, warning of a pending diversion dam. #6 and where did this come from????? 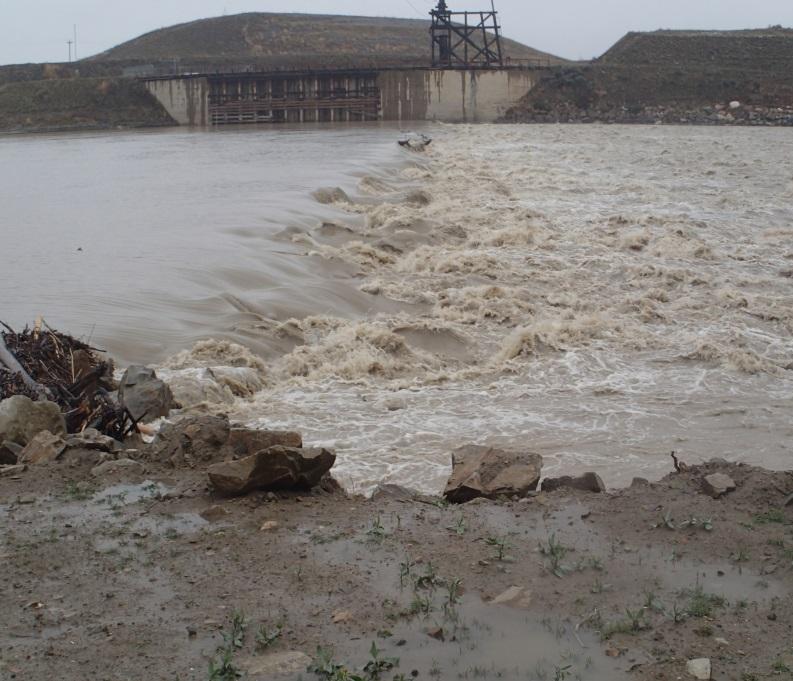 I heard it first, pulled over walked the bank and obviously made the decision to portage it, which wasn’t going to be any fun at all. 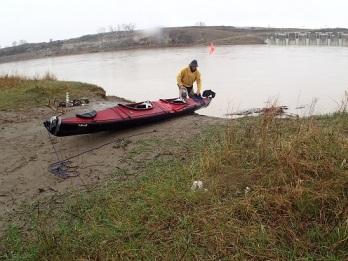 00It actually turned out to be fun, because it warmed me up, gave me a chance to go thru everything in the kayak, clean it out and gets everything squared away for the eventual next 3 or 4 days to the Confluence. It seems like I am never going to get there, but I got spoilt and fooled on that first 3 days of warm weather. Last Friday it was 85 degrees in Miles City. I haven’t seen the sun since and it has rained and been nasty every single day since.

Fortunately where I am camped there was a lot of firewood and I got a big fire going and go everything dried out so that has helped immensely. 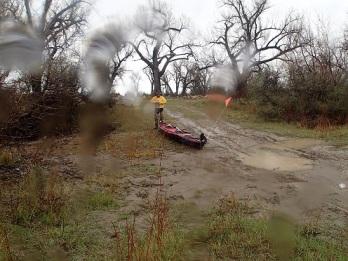 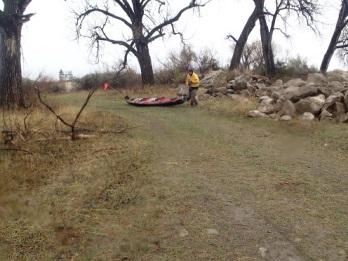 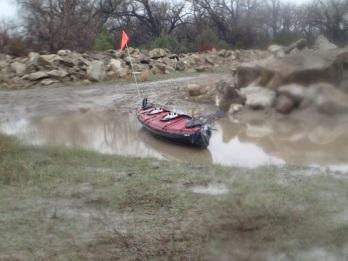 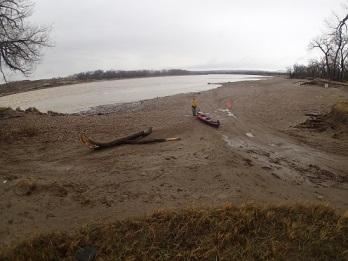